A native of Northeastern Pennsylvania, Patti graduated from Valley View High School and earned a Bachelor of Science Degree in History and Political Science from the University of Scranton. She went on to receive a Juris Doctorate from the Columbus School of Law, The Catholic University of America, Washington, DC.

Upon graduating from law school, Patti became a Federal Judicial Law Clerk to the Honorable Richard P. Conaboy, who at the time, was the Chief Judge of the Middle District of PA. The experience shaped the way Patti practices law to this day.

“Working for the Honorable Richard P. Conaboy was a true highlight in my career. He demonstrated order in his courtroom, while at the same time, exhibited kindness and respect for all those we appeared before him. I observed him very closely and studied his decisions, recognizing their can be civility in law between the bench and bar, as well as the litigants.”

After completing her clerkship, Patti accepted an Associate position with Schnader, Harrison, Segal, & Lewis, until she was offered another Federal Clerkship with the Honorable Thomas I. Vanaskie, of the Middle District of PA.

Upon completion of that clerkship, Patti went into private practice until she was asked to serve as a law clerk for the Honorable Chester T. Harhut and then the Honorable Thomas J. Munley, both Judges of the 45th Judicial District in PA, Lackawanna County Court of Common Pleas. Patti also served as a Hearing Master in both Family Court and Orphans’ Court.

After returning to private practice for a few years, Patti joined Powell Law. In addition to her law practice, Patti served as an Adjunct Professor (part-time) in the Paralegal Program/Distance Learning Education at the Pennsylvania State University, Worthington and Main Campus for several years.

An active member of the community, Patti enjoys spending time with her family and serving as the attorney advisor for Lakeland High School’s Mock Trial Team. Patti and her husband reside in Scott Township with their four children, Abigail, Alex, Adeline, and Amelia. 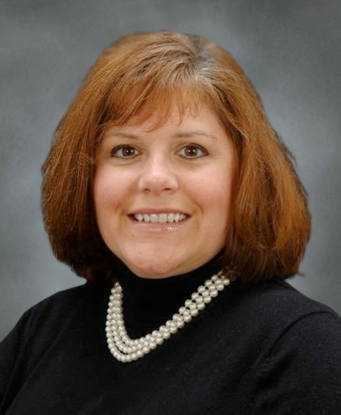