Jim Mundy’s winning track record in the courtroom is perhaps rivaled only by his reputation as a tireless advocate for the rights of injured people. Since his career began in 1970, Mundy has gained national attention for winning some of the largest verdicts and settlements in Pennsylvania history in cases involving medical malpractice, wrongful death, product liability, drugs and medical devices.

Additionally, Jim is credited with securing the passage of two important pieces of legislation in Pennsylvania – the repeal of the no-fault insurance law and the enactment of a minor’s tolling statute which preserves a child’s right to redress for personal injuries. Prior to the passage of the minor’s tolling statute, Pennsylvania had a two-year statute of limitations on actions involving injuries to a child. Under the prior law, as an example, a two year old child would be required to file an action to enforce his or her rights, which was an absurdity.

The Pennsylvania Report has identified him as one of the 50 most influential people in state public affairs and his outstanding public service has earned him the prestigious Justice Michael A. Musmanno Memorial Award from the Philadelphia Trial Lawyers Association. He has consistently been named as one of the top 100 lawyers in Pennsylvania each year since Philadelphia Magazine began tabulating this information.

Despite his many legislative accomplishments, however, Mundy still gets the most satisfaction in the courtroom, standing up and fighting for injured people and their families.

“The kind of law we practice is tremendously gratifying because the people we represent have gone through some rough times, and we have an opportunity to help them put their lives back together,” he says.

Mundy earned his bachelor’s degree from King’s College and went on to Catholic University Law School in Washington, D.C., where he met and began a lifelong friendship with Attorney James J. Powell III, a senior partner at Powell Law.

Admitted to the bar in 1970, he began his legal career with renowned Philadelphia trial lawyer B. Nathaniel Richter and two years later, joined the Philadelphia law firm of Raynes, McCarty and Binder, becoming a partner in the firm in 1976.

As a young lawyer, Mundy tried a case in Luzerne County Court involving a man severely injured in a scaffolding collapse. Through some shoe-leather detective work, he was able to find an eyewitness to the accident and won a verdict which, at the time, was one of the largest in the county’s history in a personal injury case. Among the spectators in the courtroom gallery was Chris Powell. They met and began a friendship that lasted until Powell’s death in 1990. Recognizing Mundy’s exceptional skills in the courtroom, Powell thereafter referred all of his firm’s medical malpractice and major personal injury cases to Mundy and became, along with Raynes, lifetime friends and mentors.

Under Governor Robert P. Casey, Mundy was asked to serve as chair of the Appellate Court Nominating Commission and as a member of the Philadelphia Trial Court Nominating Commission. He was appointed by the Supreme Court of Pennsylvania to serve as a member and eventually as Chairman of the Disciplinary Board of the Supreme Court of Pennsylvania. The state’s high court also appointed Mundy to serve on the Mandatory Continuing Legal Education Board and the Interest on Lawyer’s Trust Accounts (IOLTA) Board. In 1997, the Supreme Court appointed Mundy to chair a specially appointed commission to study the effects of monetary contributions in judicial elections. After an 18-month investigation, the commission issued a public report recommending substantial changes.

Mundy has also served on the Board of Trustees for King’s College, Wilkes-Barre, and College Misericordia, Dallas, and has written and lectured extensively on litigation issues.

Mundy is married to Pennsylvania Supreme Court Judge, Sallie Updyke Mundy, and is the proud father of five children. 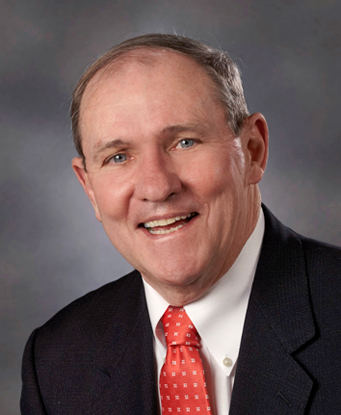