On any given weekend when the weather is nice, Chris Powell’s head is likely to be in the clouds – literally. That’s because when he isn’t immersed in preparing clients’ cases for trial, he spends his time flying his single-engine Cessna 182.

Since the 1990s as a pilot, he has flown extensively for business and pleasure, often transporting colleagues to court hearings and political candidates between campaign stops. He has flown up and down the Eastern Seaboard, as far west as Green Bay, Wisconsin, and as far south as New Orleans and the Florida Keys.

Through his flying experience, he has become a volunteer for the Aircraft Owners and Pilots’ Association support network for the Scranton/Wilkes-Barre Airport. The eldest of five children, Chris was born in Philadelphia where his father, the legendary Scranton trial lawyer, Chris Powell Sr., was working for the U.S. Department of Labor. Shortly after Chris’ birth, his father was transferred to Washington, D.C., where the family lived until his uncle, James J. Powell, Jr.,  asked his father to come home in order to help run the family firm.

Chris spent the rest of his childhood in the Minooka section of Scranton and during his senior year, led South Scranton Central Catholic High School’s Speech and Debate team to the school’s first-ever Debate Championship. He earned a bachelor’s degree in communications and speech from Villanova University and graduated from Loyola University Law School where he competed on the National Trial Team.

After law school, he returned to Scranton to practice in the family firm with his father and cousin, James J. Powell III. He practiced 12 years with his father before his death, and recalls learning a lot from watching him in the courtroom.

“My father taught me how to command a courtroom,” Chris says. “When he walked into a courtroom, he controlled the entire place. He also taught me the art of talking to a jury before the age of Powerpoint – how to paint pictures with words.”

Having established a reputation as one of the premier criminal defense attorneys in Northeastern Pennsylvania, Chris and his wife, Amy, live in Moosic with their two children, Kelsey and Christopher III. 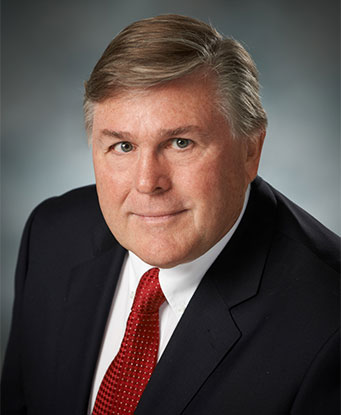