Powell Law’s attorneys are always vigilant for products that may be dangerous to the public. If you have any questions about filing a claim for damages caused by a defective product, contact Powell Law. Our decades of experience make it the clear choice to meet your legal needs for representation in personal injury and products liability matters in the Scranton/Wilkes-Barre area.

In December of 2018, the Japanese automaker, Toyota, announced that it is recalling approximately 65,000 vehicles in the United States. This is the latest in recalls related to defects in Takata airbags, which the NHTSA called “the largest and most complex safety recall in U.S. history,” affecting 37 million vehicles and almost every major global automaker. Takata supplied defective parts for airbags installed in 2002 through 2015 model vehicles. So far, defective frontal airbags on both the driver and passenger side of vehicles made by 19 different automakers have been recalled.

The problematic airbags can deploy explosively, causing serious or fatal injuries to the driver and any passengers. Takata airbags manufactured with the chemical ammonium nitrate are prone to exploding upon deployment and hurling burning debris at occupants of a vehicle. The replacements for the defective inflators will be free of ammonium nitrate, which apparently caused the part to degrade quickly over time. Twenty-three people have died in incidents allegedly caused by defective Takata airbags.

Vehicle owners will be notified directly if they are affected by the current recall and their vehicle requires repair available at no cost. Vehicles that were most susceptible to malfunction were given priority and repaired first, also at no cost. The vast scope of the recall may be demonstrated by the fact that affected vehicles are being recalled in stages so that factories may make replacement parts and meet the demand. Takata filed bankruptcy in 2017 as a result of the recall.

If you or a loved one has suffered any type of injury resulting from the use of a product, contact Powell Law at (570) 961-0777. Our decades of experience make us the clear and obvious choice for all types of legal representation in the Scranton/Wilkes-Barre and surrounding areas. The consultation is FREE and you don’t pay anything unless we win. Our attorneys, past and present, have represented motor vehicle accident victims for 113 years. Call today. 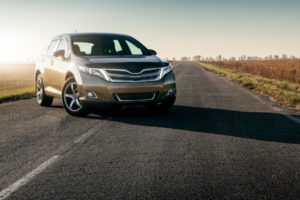