The Stages Of A P.I. Case, Part 4: Resolution

Proceeding through the legal system with a claim for damages based on personal injuries is not as simple and expedient as most people would desire. Victims and potential plaintiffs who know as much as possible about the process should be better equipped to handle the inherent stress of what may be a long, arduous journey. Knowledge not only facilitates understanding the process but being patient with it as well.

The process of filing a lawsuit with a claim for damages based on personal injuries is not as easy and straightforward as most people would want. The is process is often long, stressful, and exhausting. Part two of this article about the stages of a personal injury case will address those stages which occur from the filing of a personal injury lawsuit to trial. The following are typically the stages that occur after a victim begins the process of seeking compensation for her losses after suffering some type of personal injury and incurring damages consisting of, but not limited to, medical expenses and lost wages:

Mediation involves when both parties and their lawyers meet with a mediator to reach a mutually agreeable settlement. The mediation allows both parties to make an opening statement but the mediator does not make any type of binding decision. Instead, she attempts to facilitate negotiations between the parties toward some resolution and agreement.

Arbitration is hearing that involves both parties, the plaintiff and the defendant, with the matter being judged by a neutral third party, an arbitrator. While mediation is not binding, arbitration is and once the arbitrator makes a decision, it cannot be altered in the future.

If you or a loved one has suffered any type of injury resulting from any type of accident, contact Powell Law at (570) 961-0777 or visit us online. The attorneys and staff of Powell Law carry on the work of a law firm that spans generations and has represented thousands of Pennsylvanians over a period of 113 years. The consultation is free and you don’t pay any fees unless we win your case! Call today. 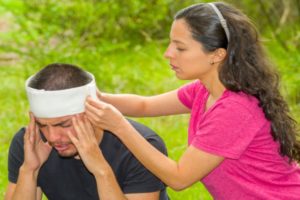