Should An Online Seller Be Held Liable For The Defects Of Every Item It Sells In Its Marketplace?

Recently, A Tennessee District Court addressed the following question: Should an e-commerce firm be held liable for the defects of every item it sells on its global internet marketplace? In Fox v. Amazon.com Inc., the plaintiffs argued that it should while the U.S. District Court for the Middle District of Tennessee countered to the contrary.

During the 2015 holiday season, the plaintiff, Megan Fox purchased a hoverboard as a Christmas gift for her 13-year-old son. At this time, hoverboards were growing in popularity and Amazon was selling approximately 250,000 units each month. Regulation of hoverboards had not yet caught up with their popularity as few if any, standards or safety regulations were in place in late 2015. In early January of 2016, the hoverboard burst into flames and then exploded, destroying the family’s home in a fire and causing Fox’s husband to suffer two broken bones.

Judge William Campbell ruled on behalf of Amazon and found it was not liable for the damage and injuries caused when the hoverboard exploded and burned down Fox’s home. Fox argued that because Amazon sold the hoverboard, Amazon was partially responsible for the product safety.

The Tennessee court dismissed the case before it even made it to trial, based on its finding that Amazon was only a middleman for the sale because it acts as a “sort of newspaper classified ad section, connecting potential consumers with eager sellers in an efficient, modern, streamlined manner.”

The plaintiff says she is considering appealing the court’s ruling.

If you or a loved one has suffered any type of injury, contact Powell Law at (570) 961-0777. Our decades of experience make us the preferred choice for representation in personal injury matters in the Scranton/Wilkes-Barre and surrounding areas. Our attorneys, past and present, have represented victims for 113 years. The consultation is FREE and you don’t pay anything unless we win your case. Call today. 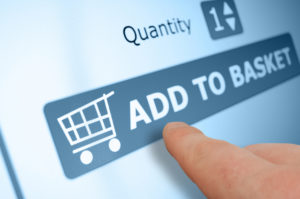