Some Facts About Teen Car Crashes 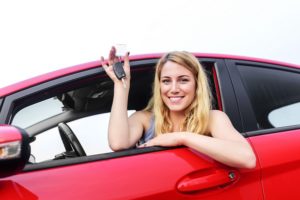 and 221,313 were treated in emergency departments for injuries suffered in motor vehicle accidents. In 2013, teenagers between the ages of 15 and 19 represented only 7% of the U.S. population, they accounted for 11% of the total costs of motor vehicle injuries, which amounted to $10 billion.

Among teen drivers, males, newly-licensed drivers, and teen passengers are at an especially high risk to be involved in a motor vehicle accident:

Some of the factors putting teen drivers at risk:

Half of all teenage drivers will be involved in a car crash before they graduate from high school. Teenagers who continue to practice driving with their parents reduce their risk of involvement in a motor vehicle crash. The National Highway Traffic Safety Administration (NHTSA) has five rules for parents to instill in young drivers known as the “5 to Drive”:

If you or a loved one, including a teen driver, has suffered any type of injury resulting from a motor vehicle accident, contact Powell Law at (570) 961-0777. The consultation is FREE and you don’t pay anything unless we win. Our attorneys, past and present, have represented motor vehicle accident victims for 110 years.