As discussions of immigration reform dominate much of our political climate, many undocumented aliens continue to participate in our nation’s workforce. Some say that they are unfairly taking away jobs from legal U.S. citizens, while others say that they perform many types of jobs that would be hard to fill otherwise.

Of course, these individuals are susceptible to work injuries just as citizens or legal resident 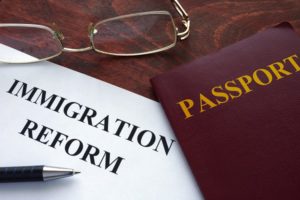 aliens are. If an undocumented worker is injured on the job, does he or she have any recourse when suffering a work injury in Pennsylvania? The answer is not altogether that simple.  . The attorneys at Powell Law have represented all types of workers in routine and complex workers’ compensation cases for 110 years.

Undocumented workers may still have a right to receive workers’ compensation benefits. 77 P.S. § 22 of the Pennsylvania Workers’ Compensation Act defines employees as including “[a]ll natural persons who perform services for another for a valuable consideration, exclusive of persons whose employment is casual in character and not in the regular course of the business of the employer…” Thus, Pennsylvania law makes no statutory distinction between citizen workers and undocumented workers.

In Reinforced Earth Company v. Workers’ Compensation Appeal Board (Astudillo), 570 Pa. 464, 810 A.2d 99 (Pa. 2002), the Pennsylvania Supreme Court held that a claimant’s status as an undocumented alien worker does not preclude him from receiving total disability benefits under the Pennsylvania Workers’ Compensation Act. The court distinguished between workers’ compensation medical benefits and wage benefits, holding that Astudillo was entitled to recover medical benefits, but not entitled to wage benefits because he was an undocumented worker, and that his loss of earning power was caused by his immigration status rather than his work injury.

In Ortiz v. WCAB (Rodriguez General Contractors), No. 446 C.D. 2012 (Pa Cmwlth. 2013), the Court held that an employer must only demonstrate that a claimant’s medical condition has improved enough to work at some job, even one with restrictions to suspend the weekly wage benefits of an unauthorized alien. The employer is not required to demonstrate job availability, based upon the irrefutable presumption that an illegal alien may not work anywhere, even another job at a reduced wage. Thus, the wage loss is a result of his status as an illegal alien rather than the effects of the work injury.